On this particular night she had stalked a beetle up into the canopy of a papaya tree and found herself confronted by a flying fox – or fruit bat. The bat had taken umbrage at the interloper who had disturbed it at its evening meal, causing the Huntsman to make a rapid retreat.

The spider leapt, jumped and skittered down the papaya tree and took refuge on a nearby house where she had spotted some interesting activity. Moths were hurling themselves against a window in a vain attempt to reach the light within.

She had barely positioned herself to pounce on a juicy looking specimen when she spotted a gecko approaching, no doubt with the same idea.

Now the Huntsman had a serious problem. With a potential leg span of 160mm she was the largest spider in this part of the world, but geckos were dangerous predators. She knew the lizard would have no qualms about taking her on. Indeed, a spider of her dimensions was probably a far more attractive proposition to the gecko than a slim moth with insubstantial wings.

She needed to find a hiding place because she knew that more geckos would arrive to feast on the moths. Her preferred choice was loose tree bark to slide and hide beneath, but with sunrise imminent she didn't have time to leave the security of the building to go in search of something more suitable. 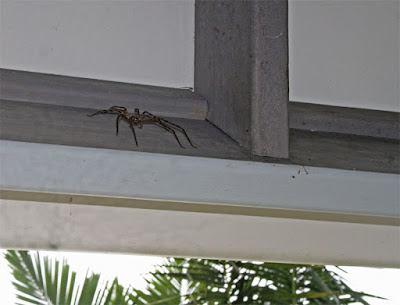 She therefore elected to remain under the eaves of the house.

Now, if only the creature that lived within the house would stop flashing a light in her eyes, she might have been content to stay a while. As it was, she waited patiently for night to descend once more so that she could make good her escape. 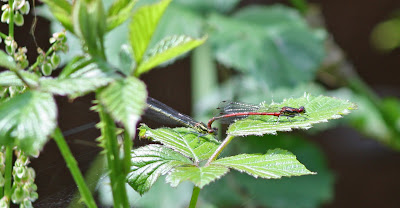 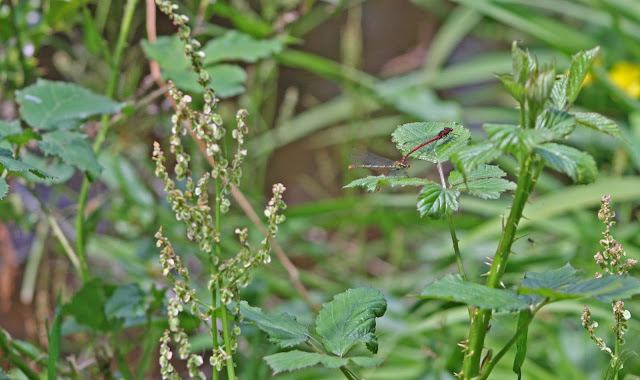