The following story is based on a true story that happened to me a few years ago when we experimented with running a bed & breakfast. 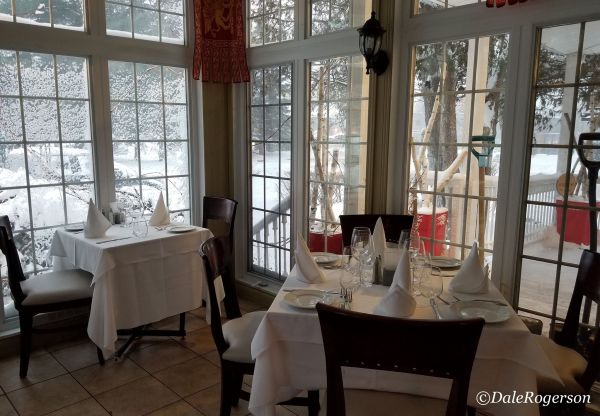 
Sally ushered her guests to their room, vaguely wondering why they’d arrived in separate cars. She mentally shrugged and went to cut slices of carrot cake.


Balancing the tray of cake in one hand, she knocked on her guests’ door. Nothing. She knocked again and put her ear to the door. The moaning instantly ceased, following by a creaking, scrambling noise.


Sally’s smile froze. She hesitated before, face flaming, she crept away.


The next morning Sally waited in dread, wondering how they were all going to play things when her guests came down for breakfast.

Well, I couldn't resist continuing the saga of the Leprechauns. However, it doesn't matter whether you've read my last couple of stories or not, because hopefully each one stands alone.

Seamus had stolen Paddy's Pot of Gold again and left a trail of clues.

When you enter the alley, turn right
At the end near a pile of shite
you'll see something to fill you with fright
It's where your gold is hidden: think height.

Paddy shrugged. In all of faerie-land, Seamus had a long way to go before he'd beat the best Leprechaun trickster in Tipperary.
Paddy walked down the alley. He smelt the pile of shite before he saw it. Paddy studied the photograph with a sinking feeling.
How the feck was he going to find that tower?

In a bid to continue writing on a humorous theme and avoid depressing stories relating to the C word, I decided to write a sequel to last week's story.


'Paddy, you didn't!' McSpud nearly choked on his tankard of Poitin.
Paddy stroked his ginger beard. 'Sure, and why wouldn't I?'
'It's against our rules.'
'That gobshite, Seamus, started it. He stole and hid my Pot of Gold. All I've done is return the compliment.'
'But Seamus only hid yours in a garden.'
Paddy fixed McSpud with a beady eye. 'So, you might say, I've upped the ante.'

Seamus stared at the distant city. Jaysus! How the feck was he supposed to find his Pot of Gold amongst that lot?
Seamus rued the day he'd tricked another Leprechaun.

p.s. Poitin is Irish Moonshine, usually distilled from potatoes and a favoured drink of Leprechauns.

In the spirit of last week's story, I'm continuing the humorous trend to take you out of the real world for a moment or two.


Paddy sat under a bush, watching the family. The children were playing. The mammy was hanging washing. The daddy was digging the vegetable patch.
Paddy couldn't make his move until after dark.
Damn and blast that little divil, Seamus.
Paddy acknowledged that he was no saint either. But you weren't supposed to cause mischief with your own! It wasn't funny or clever that Seamus had found the end of Paddy's rainbow and hidden his pot of gold in this garden.
Paddy straightened his silver buckles and adjusted his tall, green hat with a sigh.
'Leprechauns, eh?' he thought wryly.

I'm tired of reading about the current world situation without writing about it again. Let's go upbeat this week.


Ricky leaned back, tapping his teeth with his pencil. His latest song writing effort was proving tricky. Where was the muse when you needed it?

He re-worked the chorus.

'Oh, baby I miss you
You left me feeling blue
What am I going to do?
Do boop de boop, boo hoo.'

'Not half bad, Ricky lad.'
Why he hadn't sold any of his songs yet was a mystery.
'Just whistle a happy tune,' Ricky muttered launching into a chirpy whistle.
A bird landed on his window sill, cocking its head.
'Yay!' a delighted Ricky exclaimed. An appreciative audience, at last.