It was a bit boring, but if he let her go another damselfly might catch her and turf out his sperm. So he waited. 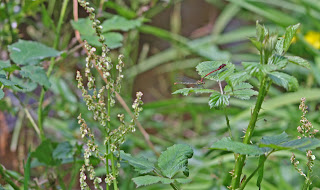 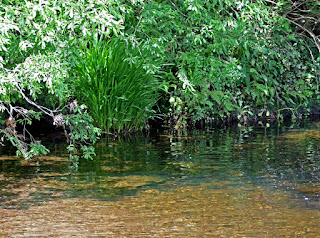 You might ask what he was doing climbing a car.
Like all adventurous mountaineers before him, he might answer, ‘Because it was there.’
After all, with compound eyes which allowed him to see well during his largely nocturnal activities, he couldn’t use the excuse that he had mistaken the car for a tree... or could he?
Because, while out foraging, this dedicated herbivore had indeed climbed up a car and was now perched somewhat precariously on the wing mirror. Only he knew why he came to be there, a stick insect enigma, surveying his world from his unusual vantage point.
Aware of his vulnerability, he rocked gently, mimicking a twig moving in the breeze. In the normal course of events this behaviour might fool predators, but stuck out on the wing mirror in broad daylight meant he was stretching his luck. Unfortunately, he wasn’t the sort of stick insect who could, chameleon-like, change colour to blend in with his surroundings. 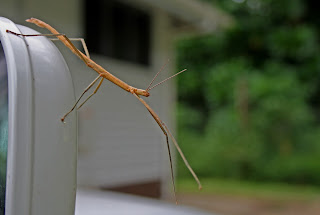 If a predator did approach, he could drop to the ground and play dead, thus fooling the enemy into thinking he was nothing more than an indigestible twig. And if that didn’t work, he could unleash his pièce de résistance and vomit up the contents of his stomach. That should do the trick.

As a result of my promise under the Photographing Hidden Gems post on 3 June, here is the first of a mini-series of stories based on some of my insect photographs

It was his nature to be solitary. He flitted from flower to flower, searching, feeding. Always searching, always feeding, always alone. No hive for the likes of him.
Something.
He paused between the flowers, testing the air for intruders.
Uncertain, he hovered, turning first one way, then the other. A vibration ruffled his iridescent navy blue wings. It was barely perceptible, yet it sparked a need, a longing, an imperative.
He turned a full circle, perplexed. The vibration receded.
A scent distracted his attention. He descended to land on the thistle’s purple flower head. He crawled into position and probed until his proboscis found the channel leading to the nectar.
Now the vibration interrupted his feeding again, so subtle he almost missed it. The imperative strengthened.
What?
He lifted away from the thistle and turned to face the disturbance. A distant shape was coming towards him. The imperative overcame his instinct to flee. Instead he flew directly towards the shape, his body humming and pulsing in bewilderment and excitement.
The shape coalesced into another Carpenter bee and when he reached her his confusion dissolved.
Their tiny bodies briefly joined in fleeting harmony, the imperative to mate overcoming their shy dispositions.
She immediately began to search for suitable wood in which to drill and lay her eggs. He dutifully followed. Soon he would have a nest to guard.

This little chap received a passing mention in my travel essay ‘African for Softies’ published in the Writers Abroad anthology: Foreign and Far Away

Diving and Writing – some of my favourite activities

I love any sort of diving: scuba, snorkelling... and I love writing. Finding opportunities to combine the two for travel articles or short stories is always a pleasure. 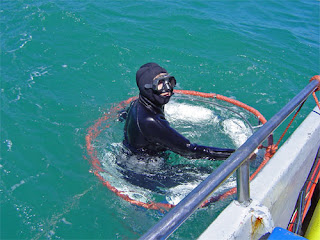 I wrote a piece of flash fiction based on a real experience cage diving with Great Whites in . The Great White is a much maligned animal and whilst it must be treated with respect, it is not a mindless killer! I was astonished by its sheer beauty. My story was published on the Cafelit website. 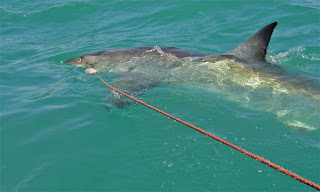 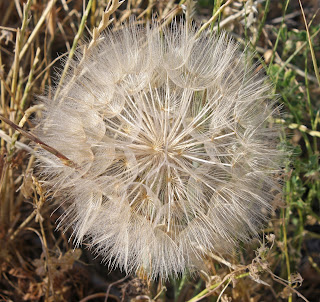 Hello again – I’ve just returned from a trip through  and . Although I didn’t spot any dramatic photo opportunities like my Moroccan buried in the sand, I found a gorgeous seedhead as big as a tennis ball and a tiny, iridescent green beetle on a flower close to an almost dry riverbed in Spain. Sometimes it’s necessary to keep your eyes peeled for the minutiae to find hidden gems.


Whether I will use either of these in a story or travel essay remains to be seen, but I’ll keep
them on file. 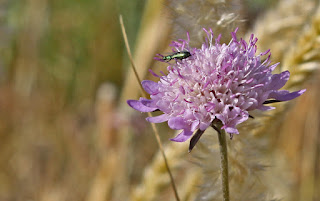